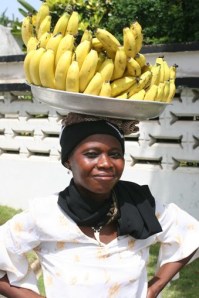 I have found my self studying for many hours on why Africa is lagging behind professionally, what makes a doctor generally less helpful or a policeman less dutiful. On the face of it you tend to think its a financial problem. however over the years living in Africa i am now coming to the conclusion that it is more to do with social understandings and work ethics.

Most of the world outside of Africa and admittedly parts of Africa hold close the idea of having professional roles attached to our working life. These “roles” we learn on entry to our Professions by mostly copying others. These roles or work characters come from the best way to get our works technical goals achieved.

For example it is customary for a policeman in London when speaking to a member of the public to use words such as “sir” or “madam”. This isn’t because it is part of the rules of law enforcement, but over the years they have found that addressing the public in this manner brings the best environmental results for him to administer his duties.

You might find that the local butcher engages in constant chit chat with his customers as he busily prepares the meat. This again facilitates his ability to be in tune with their orders by building a relationship with them.

I guess there are hundreds of examples that show how different we are at work from our natural normal home selves. In fact this role playing is part of everyday professional working duties that in most cases are expected, but not written down. Those of you who are reading this from outside of Africa i want you to imagine what a world would be like without people assuming professional roles at work. A world where everyone didn’t change any aspect of there normal character mood or communication efforts at work.

In fact in this world everyone was exactly how they are at home, in work. The only differences was what they where physically doing . Let me use our friend the butcher as an example here. Of course one day he is going to feel pretty pissed off and he would go into work with this same mood. He might not feel like talking. so his customers will be speaking to him and he would not be reacting well in fact that day he might even be rude. Because he does not make a distinction between how he should behave in work from being at home. As a result he will sell less.

If this is so for the butcher what about the policeman or a judge the list goes on a minister of the government perhaps and so on. All will suffer a loss of technical achievement as a result of not fostering a mental approach towards their working duties.

This world to a greater degree is Africa. There is always an exception to the rule but generally this is what’s going on. I pray our brothers and sisters here in ghana will mature and quicken to the benefits of asuming work ethics and behaviour paterns whilst they go about thier professional duties.