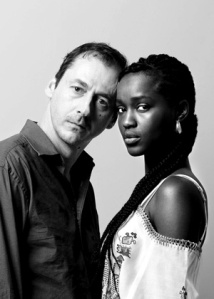 A Diasporian by nature of his name is out of context somewhat to his environment . I knew something wasn’t quite normal when i left my parents house and had to go to school. Instinctively i wanted to stay home. It wasn’t that i was a lazy child but i felt alienated.

On the face of it i was different in appearance to the pasty white children screaming around me. But that difference was small compared to the differences in our behavior. I unlike them already knew right from wrong by then, my parents took care of that.

I would like to say at this point that i’m sure if i was to write about my parents household the Ghanaians reading would find many similarity’s in how we where brought up.

You see everyone is within context in their own parents house. This is the point i am driving at here.

As a child i remember going to my white friends house for us both to go to school. We was about 10 at the time. When i got to his house his mother answered the door and invited me in. she stood there in a nightie with a cigarette sticking out the side of her mouth. Soon my friend came running down the stairs to meet me at his door. As we where leaving the strangest thing happened.

He asked his mother if he could squeeze her breasts. I was expecting his mother to give him “lashes”, like i knew i would get even if such a thought where to enter my head. But to my shock surprised and embarrassment she offered it to him, and to his delight he squeezed it while looking at me feeling smart.

This was my very first incite into the white mans household, puzzled i pondered over it for many years. Now i know this was a single event happening to me many years ago. Hardly a case against a whole people, and certainly being subjective never helped black people.

However no one would dispute the fact that white people are managing the most debased societies on the earth. I’m demonstrating the connection between the human household and the wider nation and world. Our nations reflect the content of our houses in simple terms.

We have herd social scientist coin phases such as “peer pressure” or “working class” and “well to do” these terms indicate the influences that we receive socially.

But the same social scientist choose to ignore the household as a definitive of our identity. In fact it is totally ignored, to the extent that we can say the west wants to eliminate the recognition of any household family influences on its population. Even though as an element it is far more important to our psychology than social pressures. Why is this?

The truth is most people are influenced more heavily the earlier their age. Like a computer the human brain takes what is is given first as a barometer to what follows later.

That is why Jeffrey Dahmer the white necrophiliac cannibal who ate several people in Milwaukee USA was studied mostly at his household upbringing level. In his case it simply could not be ignored. This coupled with the shear disgust in his actions they didn’t want white society to take the blame so ironically they put the blame where it should be.

But white people in high office clearly don not want the populous to study family life as a definition as to who we are.This you will agree if you look closely is because it alienates white people and negates them. You see at the household family level non-white people clearly have a lot more cultural integrity and morality.

Also this Cognitive device gives white people a massive advantage over others in “their society” because they don’t have to adjust culturally and morally when they get in the school, college, work place etc. Because their household is the same as there society. That fact along with the resources of the world at there beck and call they excels us. Not because genetically they are in anyway better than non-white people. What we black people keep failing to recognize is that we are opposite to him in on a far deeper level than skin.

An official recognition of our household differences will demand a very different educational structure to start with. Not to mention the fact that laws according to our home background would have to be formed. The assumption being what was acceptable among one group can be offensive with another.

This white people are clearly not going to do too much of, especially when its against there benefit in there own house and nation. They have tried this on a very small scale with racial discrimination laws. The best example of what would be needed in existence today is the Muslim mortgage law. A acceptance that Muslims do not recognize financial interest. This law in the west is clearly not socially based.

I said earlier that “everyone is within context in their own parents house”, this statement works on mental spiritual and Geographical levels. Spiritually if your father is god you would be better off in his house as Joseph’s discovered.

Mentally, non-white people think along the lines of fact and truth more. Cognitive devices are less common in our thinking. To implement a device implies deception. This is so common in the west it has a well known term “Social Engineering”.

Social engineering can only be accepted by the secular mindset. It negates the guidance of god.

Whether you accept it or prosecute it, you by validating it exposes your secularism. This is very different from the installation of laws according to “family values” which implies godly guidance.

Another reason why the west reject it. They make this known with there open declaration of a separation between church and state.

In white society you have to do things you feel uncomfortable with to others, in order to get anywhere. Rather than having the recognition of truth and facts as the factor of success. This practice is not only found in the work place but it is also present in high governmental office positions and principles.

(I would note to my Ghanaian brothers and sisters think before you run from Ghana to the west these things are real and you will face them when you get there.)
Diasporians are at the apex of everything i have mentioned here. We are the most out of context in the white mans parts of the world. Despite being there in some cases longer that any other group. Admittedly we are also out of context to some degree in Africa. But this degree lyes socially and not mentally or spiritually. And seeing that one of the most important element in the definition of an individual is with his home upbringing, we have to bear witness that the African born and the Diasporian are undoubtedly family.

For any mental and or spiritual similarity of two peoples who have been apart for the best part of 500 years, and under the influence of another is amazing proof of kinship.
Don’t think for one minute that white people do not know this. They knew it from the time they took our fathers from Africa. They know where they got us from. It is some of us who still suffer from the Colonial and Slavery social engineering devices that have a difficulty in this area. Also those who accept our social and or national identities as definitive. It is better in order to recognize your kin to see if he comes from the same household values as you do.

I hope i have made some things clearer for Ghanaians as to where Diasporians are coming from and why they are coming.

I also hope i have shown Diasporians in the Diaspora why you should as least invest in your fathers motherland. You can do this or subject all your future generations to being out of context.

As always dont just read this blog write your reactions and post them.

3 responses to “Out of Context”